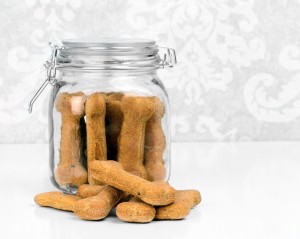 Inflammation in pets - Let's dig in!

Beyond Food - Supplements, the natural anti-inflammatory

The quality of pet food we feed our pets has a huge impact on their health, their quality of life and the prevention of a number of diseases (see my previous articles about pet foods). But beyond choosing the best food, what else should we be providing in order to meet their dietary needs? In this, the third in a series of articles on pet nutrition, I will address the important role that natural anti-inflammatory supplements play in the well being of your pets.

Inflammation in pets and the natural responses.

Inflammation is a natural response of your pet’s body to injury and infection and it is usually helpful. However, it can sometimes cause more harm than good. In some diseases, like arthritis, the body's defense system -- the immune system -- triggers an inflammatory response even when there are no foreign substances to fight off. In these diseases, called autoimmune diseases, the body's normally protective immune system causes damage to its own tissues. The body responds as if normal tissues are infected or somehow abnormal, which in turn can cause debilitating levels of inflammation. Some of the symptoms of inflammation you may notice in your pets include: swollen joints that are warm to the touch, joint pain and stiffness, loss of joint function, fatigue/loss of energy, loss of appetite and muscle stiffness.

One of the prime players in the inflammatory process are prostaglandins, which are a group of lipid compounds that are derived enzymatically from fatty acids and that have many important functions in the animal body. Among other things, prostaglandins influence pain signals, regulate inflammation, maintain tissues such as the lining of the stomach, blood clotting and stimulation of many important cellular activities. However, high levels of certain types of prostaglandin can lead to excessive inflammation.

Inflammation in pets and fish oils.

One of the safest and most effective methods of reducing the levels of the inflammation causing type of prostaglandin is by increasing the amount of certain essential fatty acids (EFA) in your pet’s diet. (In the context of nutrition, the term “essential” means that the nutrient cannot be synthesized in the human body, and must be derived from dietary sources.) The two most important EFA’s are Omega 6, which is found in plant based foods, and Omega 3, which is only found in fish and fish oils. But, it is very important to understand the fundamentally different effects these two EFA’s have on the production of prostaglandin.

Fish oils contain a variety of fatty acids, but the ones that are believed to be the most beneficial are the long-chain polyunsaturated Omega 3 fatty acids Eicosapentanaenoic acid (EPA) and Docosahexaenoic acid (DHA). A common misconception is that the need for EPA and DHA can be met by consuming flax seed and borage oil, hemp, pumpkin and other plant sources of short-chain omega-3 alpha-linolenic acid (ALA).While it is possible for the body to synthesize EPA and DHA from ALA, research clearly indicates that the conversion of ALA from plant sources to EPA and DHA is extremely limited. Less than 5% of ALA gets converted to EPA, and less than 0.5% (one-half of one percent) of ALA is converted to DHA. This is significant because researchers now believe that the majority of the health benefits we get from dietary Omega-3 fats come from the longer chain derivatives of EPA and DHA (especially DHA) found in fish and fish oils.

It is also interesting to note that pharmaceutical companies are well aware of the effect Omega 6 has on inflammation. In fact, the way veterinary prescription non-steroidal anti-inflammatory (NSAID) medications (Rimadyl, Deramaxx and Metacam, etc.) work is by reducing the formation of inflammatory compounds derived from Omega 6 fatty acids. But these NSAID medications can often have unwanted side effects, such as GI tract bleeding and liver and kidney toxicity. Reducing prostaglandin production can also be achieved, without the negative side-effects, by simply increasing your pet’s dietary intake of Omega 3 fatty acids. Many independent placebo-controlled trials of fish oil in human chronic inflammatory diseases reveal significant benefits, including decreased disease activity and a significant reduction in the use or the complete elimination of anti-inflammatory drugs.

I have also seen similar results from Omega 3 in many of the pets that I have treated for inflammatory issues such as arthritis, as well as finding it to be highly effective in the treatment of a wide variety of conditions ranging from GI tract disorders to canine allergies and skin problems. Pets with high levels of Omega 3 in their diets show remarkable improvements in the condition of their skin and coats. It helps to reduce dryness and flaking in the skin, as well as many inflammatory skin reactions such as itching, scratching and the formation of hot spots, and it has been shown to help protect the skin and coat against parasitic infections such as fleas, ticks and mites.

Inflammation in pets and the natural products available.

pet supplements now incorporate extracts of some of the following natural anti-inflammatory substances in there formulations:

Notopterygium Root/Qiang Huo (Notopterygium incisum)
Cat’s Claw/Una de Gato (Uncaria tomentosa)
Acanthopanax Bark/Wi Jia Pi (Eleutherococcus gracilistylus)
Boswellia/Frankincense (Boswellia serrata)
Rehmannia Root/Di Huang (Rehamannia glutinosa)
Tumeric/Jianghuang (Curcuma longa)
Large Leaf Gentian Root/Qin Jiao (Gentiana macrophylla)
Angelica Root/Du Ho (Angelica pubescens)
MSM (methyl –sufonyl –methane), which is an organic form of sulfur found in plants, meat, fish, milk, eggs and soil – and is also a naturally occurring compound in the bodies of animals and humans.
The additional benefit of using these natural substances is that unlike many pharmaceutical drugs, which are designed to treat a specific symptom of a disease and nothing more, all of the natural medications listed above are also effective against multiple medical problems. Cat’s Claw (Una de Gato) for instance is not only known for its excellent anti-inflammatory properties, it is also effective in the treatment of intestinal ailments such as gastric ulcers and tumors, parasites, colitis, gastritis, diverticulitis, and leaky bowel syndrome. Additionally, many of these natural substances also contain a variety of vitamins and minerals that are essential for the long term health of your pet. It is the intricate interaction of all these various elements, and their support of the active ingredient, that results in these natural substances being such powerful remedies.

Inflammation in pets and the advice of Dr-Trish.

There is no doubt that prescription veterinary NSAID medications, with their inherent negative side effects, do have a role to play in the treatment of acute inflammation and pain. But if your veterinarian has suggested that your pet is suffering chronic, low-grade inflammation, you may want to consider supporting or replacing prescribed medication with natural anti-inflammatory supplements. However, the use of natural anti-inflammatory dietary supplements should not be viewed a short-term fix for a specific health problem, but instead they should be considered as a long term support mechanism for the overall good health of your pet – which will not only cure, but also prevent, many of the diseases and aliments that it will encounter during its lifetime.

Dr. Trish Kallenbach DVM, CVCP has been providing exceptional holistic veterinary care for nearly two decades, continually expanding her training and treatment knowledge. She is an active member of AVMA, AHVMA, and FVMA.