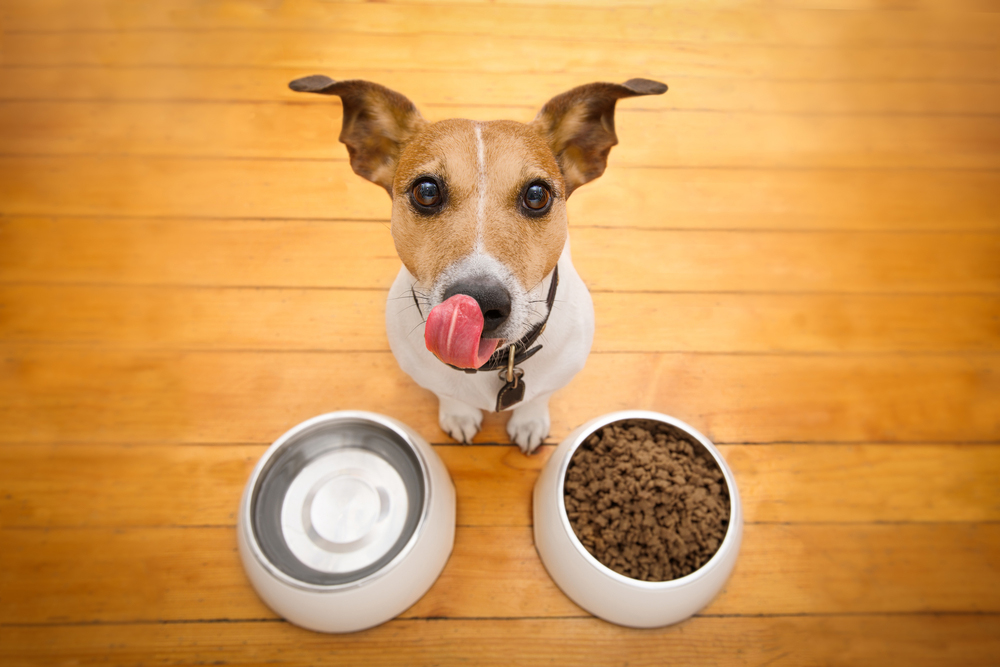 Pet nutrition goes beyond food. what else does your pet need?

The quality of pet food we feed our pets has a huge impact on their health, their quality of life and the prevention of a number of diseases (see my previous articles about pet foods). But beyond choosing the best food, what other forms of pet nutrition should we be providing in order to meet their dietary needs? In this, the fourth in a series of articles on pet nutrition, I will address the important role that joint supplements play in the well being of your pets.

How does pet nutrition affect pets with diseases such as Osteoarthritis?

Osteoarthritis, also referred to as degenerative joint disease, is the most common form of arthritis in dogs, with overweight and elderly dogs among the most at risk for developing this debilitating and painful joint disease. Over time, joint cartilage deteriorates and is unable to retain water, which results in a loss of lubrication between the joints. Once cartilage is unable to hold water, the body attempts to produce extra synovial fluid, resulting in the swelling of the joints.

For the active dog, mobility is all about the health of the cartilage that forms the protective cushion between a dog’s bones where they meet at the joint. Cartilage provides a spongy, watery pad where the shoulder, hip, knee, elbow, wrist, and other bones come together, acting as a shock absorber between the bones when they are in motion. Like a fluid pillow full of thick liquid wedged between the bones, cartilage consumes the force of the concussion generated during movement. Cartilage does not have a blood supply; it relies on the motion of the joint to pump nutritive liquid in and out, pulling needed nourishment into the tissue. With age, cartilage can become drier, thinner, and less effective at cushioning the bones in the joint.

As the cartilage in the joint continues to break down, the friction between the joints increases, which causes small fractures to form. As the bone begins to heal, bone spurs (osteophytes) can develop. These bone spurs stretch out the joint capsule and cause pain when rubbed against other nerves or bone. As your dog ages, the natural production of glucosamine in the body slows. As a result, the natural repair process in the body slows, eventually leading to joint pain and stiffness. Joint problems begin to occur when the rate at which joint cartilage degrades exceeds the rate at which the dog’s body replenishes it. The ongoing wear and tear on your dog's joints, combined with the slowed repair time of the cartilage, leads to the development of painful joints.

Can pet nutrition actually be a treatment?

The conventional treatment for the discomfort of joint pain in dogs is the administration of pain-relieving non-steroidal anti-inflammatory drugs (NSAIDs), including aspirin, as well as Rimadyl, Deramaxx, and EtoGesic. These pharmaceuticals do temporarily relieve pain but may also produce significant, unwanted side effects ranging from gastric upset and bleeding to liver damage and seizures. All of the NSAIDs have been plagued by reports of serious health problems resulting from their use. But they continue to find a following among veterinarians and dog owners who value their potent and fast-acting pain relief. Unfortunately, many people do not understand that pain relief drugs may mask escalating joint problems. These products do nothing to heal or stabilize the joint’s destruction; as soon as the drugs are discontinued, the dog again experiences all of the discomfort associated with joint deterioration.

The good news is that research has found that providing certain oral supplements can help rebuild cartilage, which can reduce joint pain and help restore your dog's joint function and activity levels.

Glucosamine is a natural substance found in your pet's body, with the highest concentration found in healthy cartilage. The glucosamine in your dog's body produces a precursor to a molecule called glycosaminoglycan, which is used to help form and repair body tissues such as cartilage. Glucosamine is essential for the formation of the structural elements in cell walls, intercellular spaces, and connective tissues and give shape, elasticity and rigidity to such tissues as cartilage, tendons, ligaments, intervertebral discs, and mucous membranes. Glucosamine’s primary biological role in halting or reversing joint degeneration appears to be directly due to its ability to act as an essential substrate for, and to stimulate the biosynthesis of, the glycosaminoglycans and the hyaluronic acid needed for the formation of proteoglycans found in the structural matrix of joints.
Glucosamine is readily available in two forms: glucosamine sulfate and glucosamine hydrochloride (HCL). It is produced in the form of a chemical salt when glucosamine is combined with sulphur molecules to form glucosamine sulfate or with hydrochloric acid to form glucosamine HCL. The primary difference between the two versions is which chemical formulation (sulfate or HCL) the manufacturer decides to use as a transport agent and stabilizer in order to more easily move the glucosamine into the digestive tract of the animal. There is some debate within the medical and veterinary communities as to which version is more effective. I have tried both forms of glucosamine in my practice, and I favor the glucosamine sulfate, as I have had better clinical success with that version of the supplement. There is also recent clinical evidence in human studies that shows that sulfate alone helps with arthritis pain, so there is some thought that this may be why glucosamine sulfate is the best form to use.

Can pet nutrition include supplements?

“Every active dog should be on a glucosamine source”
Dr. Chris Bessent

Dr. Chris Bessent is a Wisconsin-based veterinarian specializing in natural treatment methods for performance horses and dogs. She explains that most athletic dogs have healthy joints that have not sustained damage yet. But, active dogs regularly “push the envelope,” causing some joint inflammation that can develop into early joint breakdown. Dr. Bessent refers to mature, athletic dogs that show the generalized, early signs of joint deterioration as “dogs running on four low tires.” Supplementing with glucosamine, she believes, “pumps up the tires” again.

Chondroitin is the most abundant glycosaminoglycan in cartilage and is responsible for the resiliency and elasticity of cartilage. Supplemental chondroitin is derived primarily from bovine (cow) cartilage, particularly the cartilage rings of the trachea. It is also derived from shark and whale cartilage. The source does not appear to have any impact on its effect. Chondroitin provides additional substrates for the formation of a healthy joint matrix. Evidence from many studies has shown that chondroitin acts as both as an agent to slowly reduce symptoms and can reduce the need for NSAID’s.

MSM (methylsulphynolmethane) is a natural biological sulphur compound found in all plants, soils, fruits, vegetables, fish, poultry, eggs, meats and milk. It has been found to help improve joint flexibility and reduce pain and inflammation in both humans and animals.

While glucosamine, chondroitin and MSM are the most common ingredients in supplements for joint health, there are other ingredients which may increase the effectiveness of a joint supplement. A few of the better joint supplements boost their effectiveness by adding in herbal ingredients that have historically well-known anti-inflammatory and anti-oxidant properties such as: wild yam, licorice root, aloe vera, pfaffia root, red poppy flower, white peony root, turmeric and yucca.

It is important to note that no amount of consumed supplements will correct structural damage to a dog's joints. If there are calcium deposits, scar tissue, cartilage tears and dissolution, contour changes to the bones at the joint surfaces from long-term abnormal forces being applied, these abnormalities will remain present and will continue to affect the animal regardless of nutritional intake. Supplements will assist in decreasing inflammation and improving the body's ability to repair and strengthen tissues. Supplements, however, will not reverse structural changes in a joint such as torn cartilage, calcium deposits and advanced scar tissue.

Once a dog begins using a joint supplement, they should stay on it for the rest of their lives or the degeneration of the joint cartilage will return. Continued supplementation is necessary as neither glucosamine or chondroitin are found naturally in your pet's food - including raw diets. Also, please be aware that it can take a few weeks to begin seeing any beneficial effect of a joint supplement. Typically, your dog will start on a "loading dose" for several weeks and then it will be reduced to a lower "maintenance dose. The safety of these joint supplements is well suited for long term use. They can also be used with most other drugs and vitamins without any complications. The owner of any animal that is taking any type of prescription medication should always seek veterinary advice before administering any new supplement or drug to their pets.

Dr. Trish Kallenbach DVM, CVCP has been providing exceptional holistic veterinary care for nearly two decades, continually expanding her training and treatment knowledge. She is an active member of AVMA, AHVMA, and FVMA.